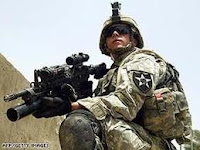 Tension lingered between father and son over an incident that had happened between them more than twenty-four hours earlier, straining the atmosphere in our home. The weather continued to worsen, a sudden snow burst blanketing the ground with more than an inch of white powder, causing me to wonder what road conditions I would be dealing with on the way to work. Once there, the store manager warned those of us who were working that night that a known thief was in the building. He described him in detail and then advised us on how to deal with him should he come to our registers. Fervently I prayed he’d go through the other cashier’s line instead of mine, but as I spotted him heading straight for me it seemed that yet another of my prayers that day had gone astray. At one point I turned my eyes heavenward and asked God, “Are You even on the job today?” Surely it seemed to me that He had abandoned His post, as my peace slowly dissolved in the face of one turbulent situation after another.

I came to my Bible reading time that night almost desperate for answers. And God didn’t waste any time in giving me one. The first verse of Judges Chapter 3 tells us that God let a few enemy nations remain in the Promised Land after the Israelites entered it, and in verse 2 He tells us why: “…(he did this only to teach warfare to the descendants of the Israelites who had not had previous battle experience.” In short, they needed to learn how to fight.

Apparently so did I. Bad moods, bad weather, even bad people should not be too much for a child of God to deal with. A scripture verse suddenly came to mind: “These things I have spoken unto you, that in me ye might have peace. In the world ye shall have tribulation; but be off good cheer; I have overcome the world” (John 16:33 KJV). Apparently peace was available to me, even in bad situations. And the key to finding it lay in answers I’d already been given.

Given is they key word in that sentence. My husband said in a class he taught recently that when soldiers join the army they’re not expected to bring their own guns when they enlist. Everything they need, from the food they eat to the clothes they wear to the guns they carry is provided for them. How much more then does God provide for those who enlist in His army! Everything we need, even to the weapons with which we fight the enemy, is furnished for us. How silly it would be then to leave them behind when heading off to battle. Yet too often we march off into our day without bringing our spiritual battle gear along. The Bible says that “…the weapons of our warfare are not carnal, but mighty through God to the pulling down of strongholds;)” (2 Corinthians 10:4). Mentally I began making a list of the weapons that are available to me.

The first that came to mind is perhaps the most important - “…the sword of the Spirit, which is the word of God” (Ephesians 6:17 NIV, emphasis mine). It was Jesus’ weapon of choice when facing temptation in the wilderness. Over and over He said, “It is written…” before quoting a pertinent scripture, simply proclaiming God’s Word over every situation that attempted to overcome Him. He was victorious, and we can be, too. But to use scripture in battle we first have to know it. The hours we put in to studying God’s word sharpen the blade we swing at the devil. It’s simply time well spent.

One by one other weapons came to mind, so that soon I found myself making a list. I wrote the word prayer, remembering the biblical command to “pray without ceasing” (1 Thessalonians 5:17). Thanksgiving soon followed prayer, just as it does in Philippians 4:17 where Paul tells us how to find peace to guard our hearts and minds . Speaking of minds, one of our greatest weapons is the ability to control our thought life. We’re told to “…take captive every thought to make it obedient to Christ” (2 Corinthians 10:5 NIV). We refuse to take in the thoughts that don’t line up with God’s Word and instead focus our attention on things that are true…noble…right…pure…lovely…admirable…excellent or praiseworthy (Philippians 4:8 NIV). We’re reminded to gather with other believers, for a number of reasons. For one, there’s strength in numbers…mostly because where two or three are gathered in His Name, God is in their midst (Matthew 18:20)! But our faith is strengthened and our hearts are encouraged by spending time with others whose very testimonies of how God came through for them times past are also a weapon of choice (Revelation 12:11). And praise and worship literally break chains of bondage (Acts 16:25) and move the hand of God on our behalf.

As the list grew, so did my faith. I was suddenly aware of the many ways I can do spiritual battle on my own. Clearly there are times when God wants me to simply stand firm and let Him fight my battles for me. But at other times He’d have me remember that He’s “armed me well for this fight” (2 Samuel 22:33-50 MSG). Instead of wringing my hands when difficulties come my way I’d be better off to pick up my weapons and start swinging.