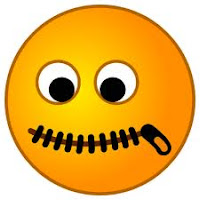 My cold left as quickly as it had come, but it took my voice along with it in passing. It’s been a long time since my vocal chords have been that silent. Try as I might, I could produce only the smallest of sounds; a mere whisper that failed repeatedly to express my thoughts, my needs, and my increasing frustration over the situation. Obviously unable to call off work over the telephone, I dressed and showed up for duty, leaving it to management to decide if I could fulfill the requirements of my job in total silence. But common sense warned me that when you work in a grocery store and it’s just ten days before Thanksgiving, as long as there is breath in your body and you can stand and scan groceries, there is no going home for something as inconsequential as a bad case of laryngitis. Behind the register I stayed.

Throughout the long day I thought a lot about the situation that was a mere inconvenience for me, but for many is a way of life. There are multitudes of people around us who have no voice in society because they are too young or too old or too sick or too poor to capture its ear. In their frustration over their failure to make themselves heard they instead make choices that we condemn or commit acts of violence against themselves or others that leave us wondering what went wrong and where we failed to provide the help and the hope that was so desperately lacking in their lives. Surely God wants us to stand up for those who cannot speak for themselves, to right the wrongs we see and have the power to do something about when He tells us to do justly, love mercy and walk humbly before Him. (Micah 6:8)

We are all born with something to say and an entirely unique way of expressing our message, one that is refined when we are born again with a purpose to declare the works of the Lord through the gifts and talents He gives us to do so. Yet we have an enemy who works to steal away our voice and silence the message that God would have us bring forth. His attacks may be physical in nature, through sickness and disease, hoping that we become too weak and ill to pursue our callings. Some of us are defeated by discouragement over the effort it takes to get across what we are trying to say, causing us to simply give up. Or he may enter through a chink in our spiritual armor, a weakness in our faith that leads to sin and a fall from grace. Over and over again of late we’ve seen on the political stage, in the sports arena, and in celebrity circles how a wrong choice somewhere down the line resulted in a ruined reputation, a career brought to an abrupt close, and opportunities to influence brought to an end. While a tragedy on an individual level itself, there is a domino effect on those who might have been helped or touched in some way by our lives had our voices not been silenced and our opportunities to speak not been squandered by the mistakes we made.

Thankfully we serve a God of second chances. As I found out today, you can get your voice back. Mine has returned slowly but brings with it a new appreciation of an ability I previously took for granted and gratitude towards the people who helped me in its absence; those who made calls for me on the intercom, encouraged me to rest it when I had the chance and passed me water or cough drops. God used my minor physical affliction to remind me that in the kingdom realm we speak in many ways other than just those that involve vocal chords, not the least of which is the emotional, financial or spiritual support we offer to God’s actual mouthpieces. We see in God’s Word that the spoils of war go to all who took part in the victory, not just those fighting on the front lines.

My Day of Total Silence ended on a humorous note. A male customer brought his groceries through my line and was tickled to discover that I couldn’t verbally respond to him, saying, “How can you be a woman if you can’t talk?” I let his comment pass with a (silent!) laugh but was reminded on a spiritual level that I can’t be all that God created me to be without my ability to speak on His behalf.

A spiritual voice is truly a gift to be treasured. Use it, don’t abuse it, and be very careful not to lose it.

“You are the salt of the earth. But if the salt loses its saltiness, how can it be made salty again? It is no longer good for anything, except to be thrown out and trampled by men.”
(Matthew 5:13)
Posted by Elaine L. Bridge at 5:33 PM