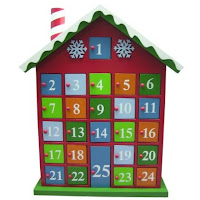 It was the day before Thanksgiving, but the customer before me was feeling anything but thankful. He groused and grumbled and snarled and complained about commercialism having taken over the holiday season, muttering about how things weren‘t like they were when he was young. His plan was to hole up in his house with his beer and his buddy and ignore it all as best he could. He walked under such a dark cloud of negativity and unhappiness that I absolutely couldn‘t wait for him to head out the door, so anxious was I to shake the dust of my contact with him off my spirit before it settled in and made me as unhappy as he.

His complaint is a common one, however, and truly our holidays have lost much of the holiness that made them special in the first place. Surely God is as anxious as we that we get back to the Reason behind the seasons of celebration, but I wonder if our constant griping and sermonizing about the situation is as repugnant to Him as my customer’s words were to me.

That’s a sobering thought. What bothered me about the shopper’s attitude was that he was doing nothing to change the situation himself. Complaining about something is easy; making a positive difference requires effort that many of us aren’t willing to expend. I think God would remind us that if we’re going to bring holiness back into the Christmas holiday it has to begin on a personal level. He isn’t nearly as interested in what is going on with the world as a whole as He is with what’s happening in each of our hearts. Perhaps He would ask us to consider what we can do individually to make this a season of reverence, worship and spiritual joy while still enjoying the secular sights and sounds that surround us as well.

I thought back to my disappointment of a week earlier when I’d missed an opportunity to participate in the annual “Light Up Hamilton” evening, that night each year in which the switch is flipped and the Christmas lights come on downtown, Santa makes his first visit to our hometown, and businesses up and down Main Street open their doors and invite the public in to enjoy food and musical venues of one type or another. I’d been asked by the owner of one such establishment to play Christmas carol violin duets with her that night, and eagerly looked forward to the event. As I waited for her to call and schedule a practice session I was mentally rosining up my bow, rounding up my music and requesting the night off from work so I could join in the fun. The only trouble was that her call never came. The day of the event rolled around and I called her place of business, wondering if she was just expecting me to show up and wing it with her as best we could. I thus found out that she’d been so sick she hadn’t been able to put any thought into the night’s activities and would have to cancel, hoping to try and do it later in the season instead.

I told myself that an unscheduled evening in such a busy season was a gift, and funneled my enthusiasm into some other necessary task. While there was nothing to stop me from joining the crowds in town anyway, somehow attending the event as an observer rather than a participant didn’t have the same appeal. Yet a lot of us are willing to do exactly that during this holy season of the year. We go through it passively instead of getting totally involved in the task of spreading a whole lot of hope and love and joy around. God showed me that my possible involvement with “Light Up Hamilton” had nothing to do with a musical opportunity at all. Rather He was extending to me a spiritual invitation to light up the lives of the people I run into this holiday season in as many different ways as I can, in the hope that somewhere in the Christmas chaos, He suddenly is the Light that they see.

The thought has turned this advent season has into an absolute spiritual adventure, and the wonder of it is that I don’t have to wait on anybody else to begin. I remembered the advent calendars we used to hang about the place when the kids were little that had tiny flaps that were lifted or doors that were opened to reveal a prize of some kind as the days were counted down to Christmas. They kept the focus on the holiday and the excitement running high as the days passed by.

God is likewise teaching me to “number my days” this December as He daily opens doors of opportunity for me to be a blessing to somebody else and somehow make Him known to those who are looking for some Light to shine in the dark of their unbelief.

So, like Santa I suppose, I’m making a list and checking it twice, once in the morning as I plan out my day and again at night as look back on what was accomplished during the hours of daylight. Hidden away in the back of my journal, it’s not for anybody but God and me to see, but I’ve found I have to be deliberate in my actions or the best of intentions gets lost in the busyness of the season. I simply don’t want the days of December to pass by without purpose or praise to His Name.

I’ve heard it said that doing something repetitively for thirty days turns the action into a habit. Thus our efforts to make this Christmas season merry for somebody else could turn the coming year into a happy new way of living, as well.

Much like that customer standing before me, one day we’ll stand before God and have a conversation as well about the state of the world and the part we played in changing it. How wonderful it would be to have the review light up His face and bring joy to His heart because our lives did the same to the people around us. As long as we wake in the morning with breath in our bodies we have a chance to make a difference. No time to delay; let‘s start today!

Labels: being a blessing, Christmas, light up