Conversations from the Heart 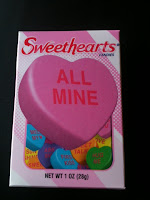 “Let’s see, on Monday we can eat the lasagna…,” the woman began, trying to engage her distracted husband in menu planning for the coming week as they unloaded the groceries from their cart onto the belt in my checkout lane. He was more interested in getting something to eat now, as he stopped her twice to ask if she wanted first a pop from the cooler at the end of the aisle and then a candy bar from the racks beside them. After the second interruption she responded resignedly, “That’s okay. I’ll talk to you about this later…”, and she and I shared a laugh about his clear lack of focus on the topic at hand.

We all know from experience how frustrating it can be to try to talk to someone whose mind is absorbed by something else, be it a game on the television screen, an article in a newspaper spread out before them, or a pressing problem on the job. To be 50% involved in a conversation is to be 100% rude, and yet we’ve all been on the wrong side of that equation before, myself included. It’s bad enough when we act that way with a spouse or a friend, but all too often we’re likewise distracted in our conversations with God.

I’ve noticed it myself recently in my morning devotional times. Rarely does God come to the table without a topic at hand that He’s ready to discuss. And while I may listen attentively at first, soon I’m thinking about what happened yesterday at work, what I want to write on the open journal page before me, or the list of things I want to accomplish that morning before heading out the door. In short, while I’m physically present, my mind and heart are clearly not connected to the conversation that God desires to have with me.

At times when I’m the one trying to communicate a thought with my distracted spouse, I know that he hears me talking, but I‘m painfully aware that he‘s not listening. So I’ve eventually stopped speaking, just to see how long it will be before he notices. I’ve noticed that sometimes God does the same. It’s a move that never fails to get my attention, for sure. While my verbal inactivity might be a welcome respite to my husband’s overworked ears, I need to hear God’s thoughts on everything that pertains to me, and His silence is simply more than I can bear.

These thoughts come to me just weeks before Valentine’s Day, when the promotional display at the front of the grocery store is laden with little boxes of Sweethearts candy, those little bits of heart-shaped sugar, each of which has a sweet sentiment printed on top in one or two words. A nearby sign proclaims them to be the official candy of love. All I know is that they are incredibly addicting, and that having sampled one or two, I return for handfuls of the same until the little box lies empty and crumpled in a nearby trash receptacle. I simply can’t resist them.

Neither can I resist the love of God, who uses the exact same method to bring my attention back to Him. He speaks His love to me a word at a time, knowing that those few syllables will never satisfy me and I’ll return to Him again and again to hear more of what He has to say on the subject at hand until I’ve finally understood the message in its entirety. It’s when I listen with my heart, not just my ears, that the conversation can have life-changing results.

That’s why this subject is important to God. It’s not just our lives that He’s trying to change. If we’re not hearing from Him, we likewise have nothing of real value to pass on to those around us who listen to us on a regular basis. Composer Nico Muhly once said about his work, “The first thing I ask myself with every piece: Is it preferable to silence?” And perhaps that’s a question we should ask ourselves before we open our mouths, our laptops, or the message app on our phones to “speak“, as well.

Much as the shopper in my line at the store was trying to discuss what they were to eat each day, God likewise has a daily meal plan to nourish us spiritually, conversations from His heart to ours that come to us through our ears rather than our mouths. Maybe it’s time we truly listened to what He has to say.